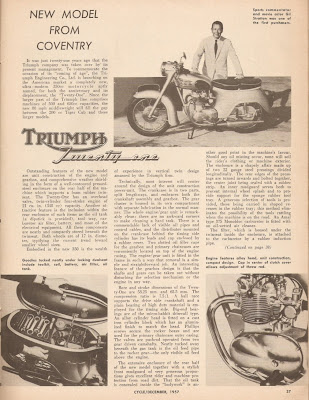 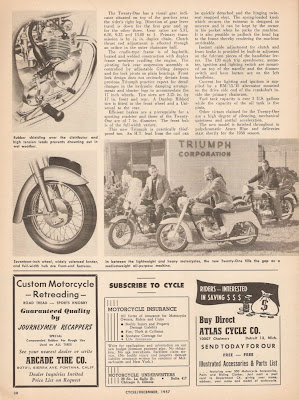 The neat little unit construction Triumph engine makes the scene in late 1957 and is advertised in 1958 as the Triumph 21. AKA the 3TA, the 500cc version would arrive in 1959. Also new is the dreaded bath tub enclosure that would last until the early 1960's. Most of them were removed from the motorcycle and ended up in the land fill.
Posted by Show and Go Cycle Shop at 7:54 AM