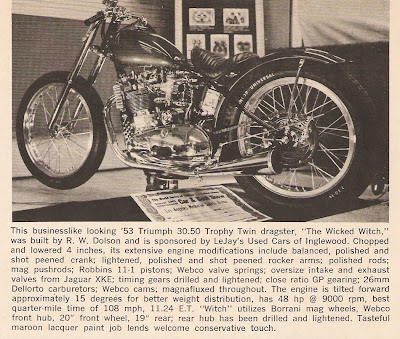 The third bike from the 1963 Cycle World Customs article. It doesn't look chopped or lowered at all to me like the article states, but the rest sounds legit. Lots of cool mods on this one and great lines. Love the 20" front wheel with factory spool hub. 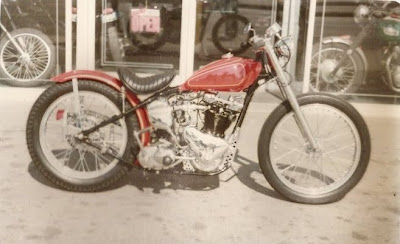 This 1979 photo comes from Jared 6T Sinner. "Paul, Street Chopper credits on engine work are British Cycles Ltd. Torrance, CA. That's my pop's shop. I think those mufflers are standard MCM, upswept megaphones with little glass packs he designed. Pop sold a lot of those and he ran them himself. Still has a set on his 66 TR6 chop. 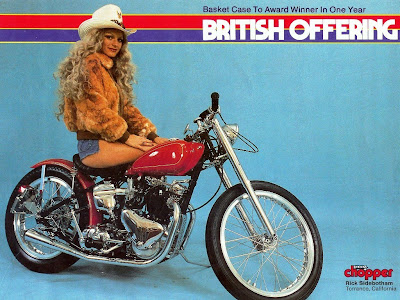 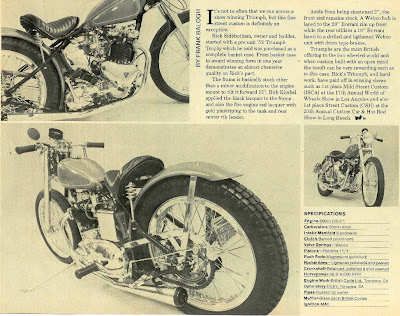 This 1980's Street Chopper feature was lifted from Nostalgia on Wheels. 20 odd years after it was built it looks unchanged! It's now running Amal Concentric carbs in place of the Dellorto's and looks to have a modern speedo. With all the performance mod's this is a pretty radical ride for the street making its longevity all the more impressive. 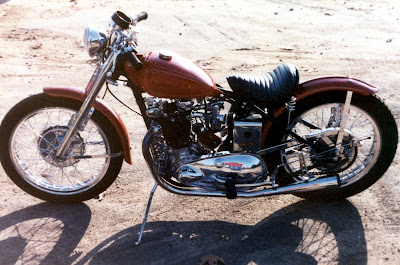 This later picture from a unknown source could be modern day? The bike has gained a rare 1954 8" vented brake front wheel but appears to be basically the same as the Street Chopper feature. Is the Wicked Witch still alive???