The Mega Cycle at RM Auction

The recently restored Mega Cycle / Mega Hauler sold at auction for $60,500 this past Saturday. Kinda low for this rare two peice set from the original collection of 1960's Ed Roth Creations. Especially since the Druid Princess went for over $200,000! The Druid Princess is a plywood box and can't even touch the Mega Hauler in my opinion. 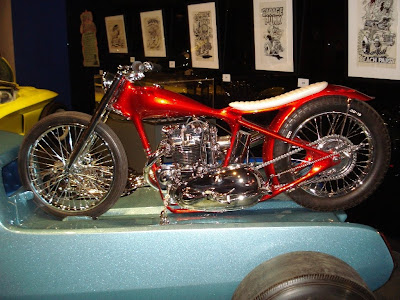 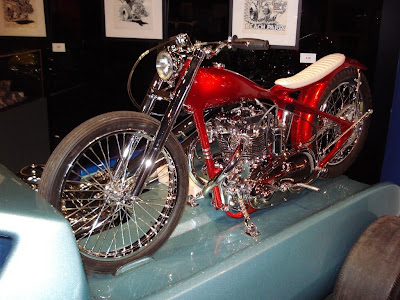 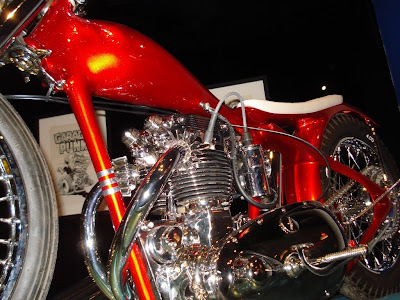 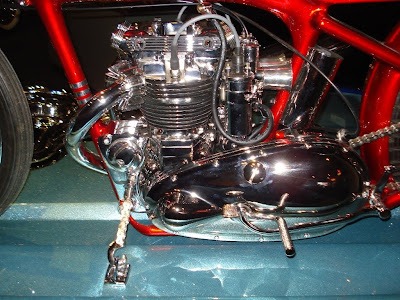 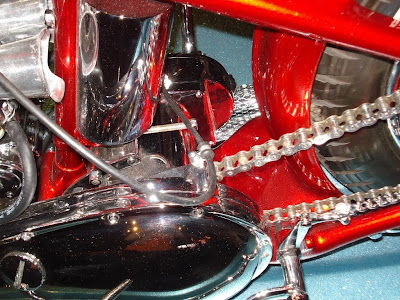 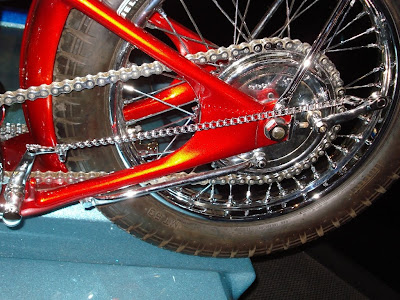 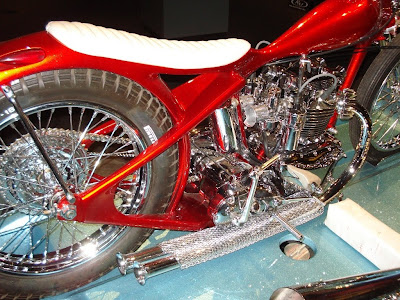 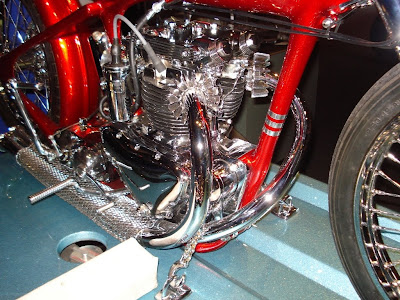 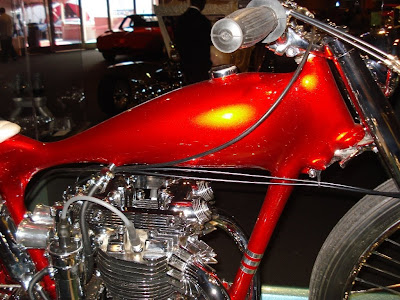 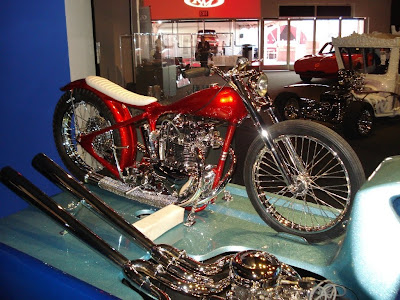 Stretch from Nostalgia On Wheels came through with the goods on the Mega Cycle this weekend and was kind enough to send me a bunch of pics for posting on the blog. Getting to see the details on this bike is a real pleasure. The work is really top notch, hats off to Fritz for bringing this bike back. That said here are some details I've noticed that keep it from it's original 1966 state of condition. I understand there was a limited time frame on the Hauler and the Cycle, most likely due to the owner being anxious to cash in. None the less that has kept this bike from being restored to its true potential. All the details described here are from the one good color profile picture we have of it. In this picture it clearly has aluminium rims, also the entire front wheel that was put back on the bike recently is a off the shelf Hallcraft mini disc hub originally available from the mid to late 1970's, the original front hub was a wide flange spool. The carburation was changed during the recent restoration from the Posa injectors to a pair of Amal concentrics, which is a compromise. The wheels and intake arrangement are the most obvious changes that were made in the 1980's rebuild. One thing I noticed from these new pictures is that the original TriCor carb manifold float bowl hanger is still on it and currently used to mount the coils. Ignition coils I might add that serve no purpose! The float bowl hanger is a very hard to find part, but the floats and carbs could be sourced, just a matter of $$$, then the spark plug wires could be reconnected to the magneto where they might do some good! The parts used in the 1980's rebuild were obviously a matter of bringing the bike back to show worthiness at the time, not anything that made much sense to a bike purist. The bike now is a mix of early and later parts leaving it in a condition that still does not make perfect sense. None of the restoration work need be redone, these issues are all a matter of parts swapping and some further funds invested. The Feb. 1968 issue of Roth's Choppers magazine being the best place to look for details. Here's a list of things I can see that need doing: 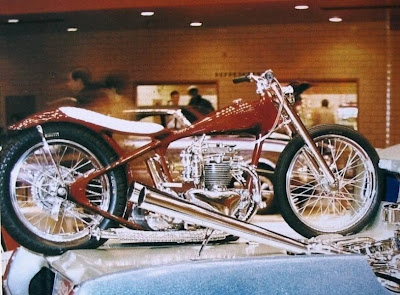 I've changed my own opinion as to whether the Mega Cycle is a rebuild of the Larry Howard Glittercycle as I had originally posted. I originally saw the question asked by Aubrey of Thee Missing Links and also brought up by Stretch again just recently. My first hunch was that they were the same bike for sure, just with some styling changes. After having so many new pictures to look at now I have my doubts and have changed my original posts on the subject. Some of the big differences in body styling don't bother me as much as the small and seemingly unnecessary differences in the details, that now I'm uncertain that they are the same motorcycle. There is a two bike theory that Larry Howard built two similar bikes for a model kit sweepstakes. Then there is the RM Auctions story that the Mega Cycle was built by Bob Aquistapase after being inspired by a Revell model. Whatever the details of the bikes might lead you to believe it is odd that the Glittercycle magazine features date from 1962-63, then the Mega Cycle appears in 1966 and the Glittercycle is never seen again after that??? Hopefully someone that was around at the time will find this discussion and tell the true story... 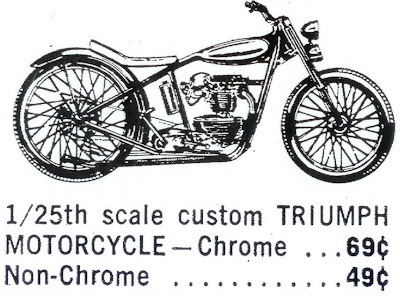