A big time motorcycle parts distributer for decades out of Frisco. Lots of run of the mill replacement parts, but here's a sampling of some of the neat stuff. 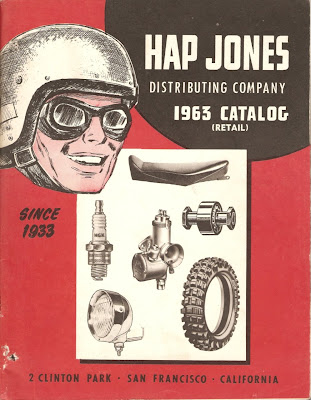 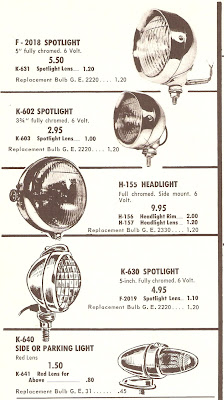 The two spotlights at the top are my favorite's for custom headlights. Also called "Sport Headlights" they were used on Outlaw Choppers, Custom Showbikes and Off Road Bikes too. I have a handfull of them I've picked up at swap meets. I don't think I've seen anyone running one on a chopper in the current scene yet (Besides the one I gave Wolf that ended up cracking apart from vibration).

This is the earliest ad for the Avon Drag Slick. The bikes I've seen pictures of with the Avon Slick have all been from '62-'63 too. 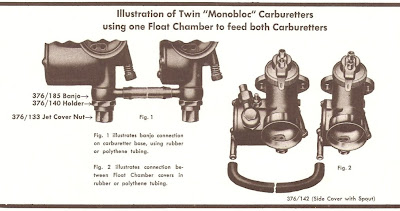 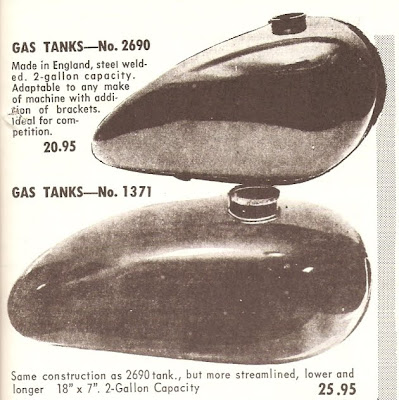 The capacities of the Peanut and Banana tanks are always exaggerated.
Posted by Show and Go Cycle Shop at 9:17 AM