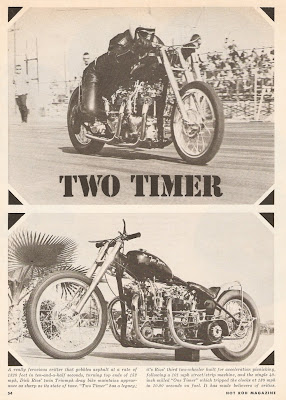 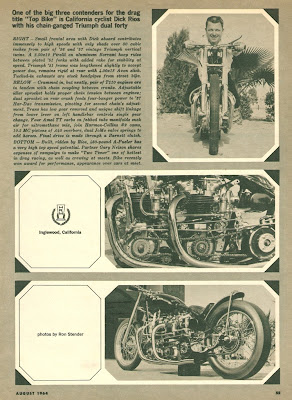 What's up with three control levers? One's the hand shift! This article mentions the first ONE-TIMER that Rios built before the double. A 130 MPH, 10 second machine!
1964 Hot Rod 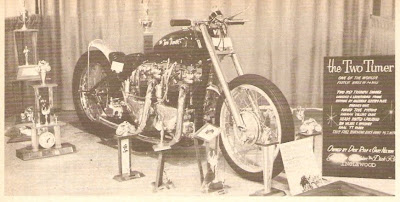 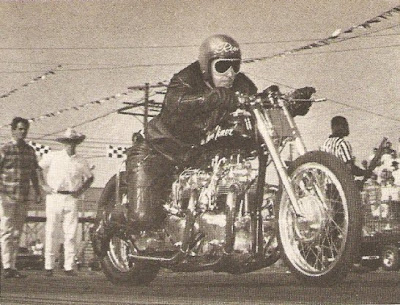 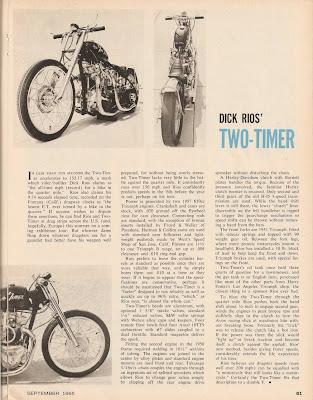 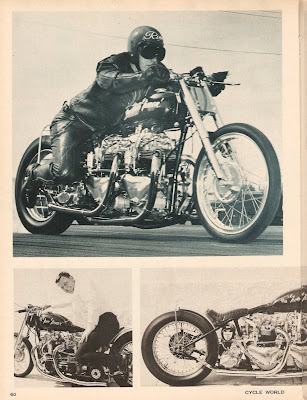 Below are a few pictures with comments from Borris Murray that were found at Dragbike.com 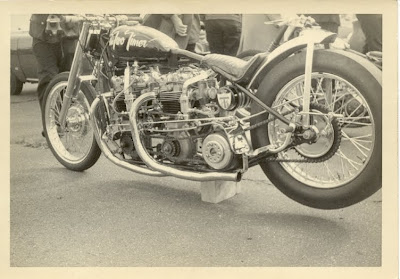 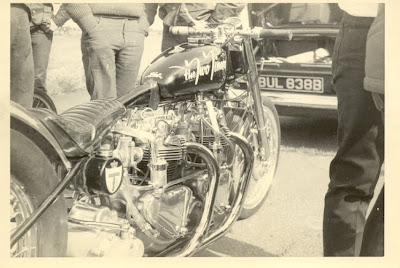 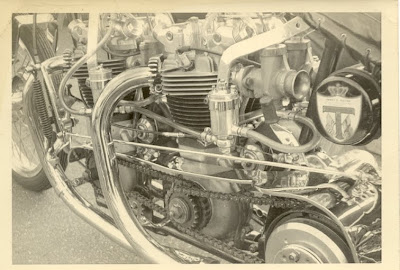 "The float bowls were mounted remotely not to keep the fuel from 'frothing',.but so that you could adjust the float level to the carb. If you look closely at Rios' engines, you'll see that the outlet from the float bowl is a bit lower than the carb inlet ! This caused the motors to lean out just a bit on the top end, ( a poor-mans lean-out). didn't work out all that great for Rios, but it sure did for me ! Lean thru' the traps made "some kind of power" !
Boris-

"I think Double Trouble was the bike that "Ewing & Seber" had early on.(spelling?) Dick Rios bought it and called it The Two Timer, he had a lot of help getting it to turn 150's from Don McEvoy. Perry & Scotts bike had no name... those pics were taken in England on our
"Drag Safari", Perry&Scott were there too. (neither ran for beans).. Alf Hagan was top dog on his JAP. I won my class,- 650 fueler. When I got home I immediately built my double, and made the other two retire...never saw them again!

-Perry&Scotts bike was built by a Max Kelly,and had a blower, ran it on gasoline. When Scott acquired it he threw away the blower in favor of running a 'normally aspirated' fueler. A beautiful alloy frame, the likes of Clems' Barn-Job, he just needed better motors and- tuning ! "
Boris-
THE TWO-TIMER WAS ACTUALLY "DUBBLE TRUBBLE? There's definitely a resemblance there, frames look very similar, and they both have a Harley transmission??? 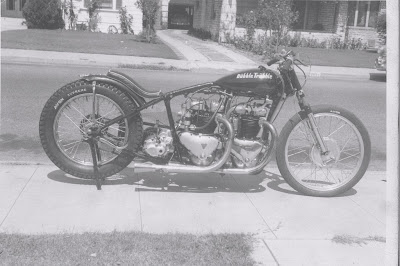