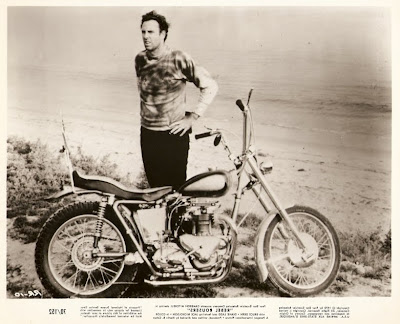 From the "Rebel Rousers" filmed in 1967. One of the worst of the Outlaw Biker films (and I love old biker flicks), ever made, but some neat bikes and really good actors seemingly ad libbing the whole movie. This lobby photo was issued reversed so I have flipped it here. 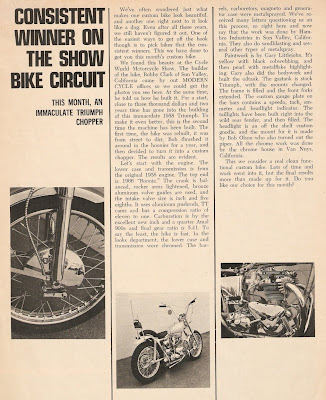 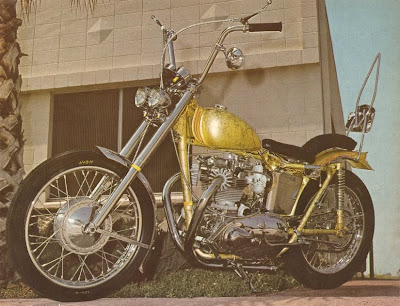 As displayed in the 1966 Cycle World Motorcycle Show. Paint and fabrication work by Gary Littlejohn. I'd love to find a custom oil tank for the swingarm frames like this one. This is before Gary Littlejohn started making the Coffin gas tanks. Gary was both a painter and metal worker as well as movie stuntman and supplier of many custom choppers for Hollywood "B" movies. In the "Rebel Rousers" the seat and paint had already been changed. I believe this same bike was later used in other biker movies including "Satan's Sadists" from 1969, but with extended forks at that time.