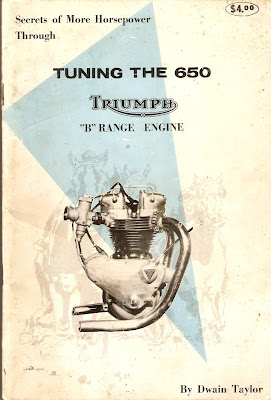 The original T&M Motorcycle Sales "Tuning The 650 Triumph "B" Range Engine" By Dwain Taylor. This would be considered a very early tuning manual as I believe it was printed around 1961 and all the ideas provided should be considered as experimental. Very useful information from a time before big bore kits and computer designed camshaft profiles. Hard to find information is included such as Amal TT & GP set ups, early cam specs etc. but I would avoid some techniques included in this booklet such as cutting down timing gears and tappet faces as these modifications will reduce engine life with no gain in my opinion. This manual has been bootlegged to death and copies were still available on ebay last time I checked. I think it holds true with any old book or manual that has been copied for sale that the original will have some information and or pictures in it that the copiers did not want to spend time and pages on, so it is always worth the effort to find original prints. 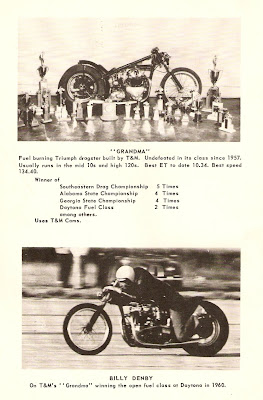 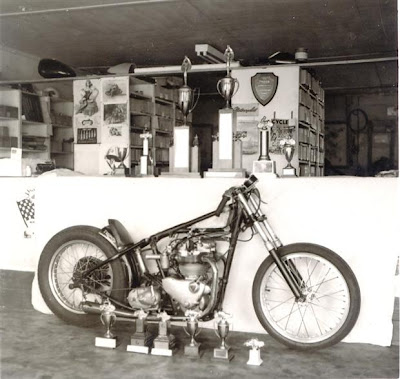 T&M Triumph 650 drag bike "Grandma". On the top pictures from the original manual you can see that the bike has a Inglewood 16" drag slick like I have on my own Triumph drag bike restoration that dates from the same period. I believe the lower picture is from a later date and looks to be running a 18" Cadet retreaded slick. My drag bike from this period also has a tiny gas tank tucked under the top frame tube. 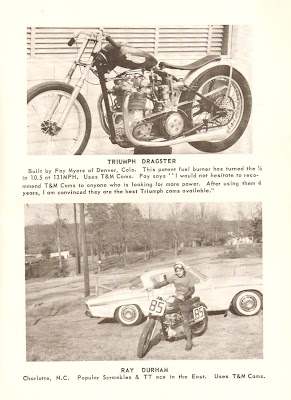 A couple more winning machines using T&M Camshafts. They talk a lot in this manual about #6 and #9 camshafts that were the standard of the day and also made by Harman & Collins and others later on. Although these cams can be fun to use in old period correct builds, when it comes to the best camshafts for modern high performance you can't beat the computer designed profiles made today by Megacycle! 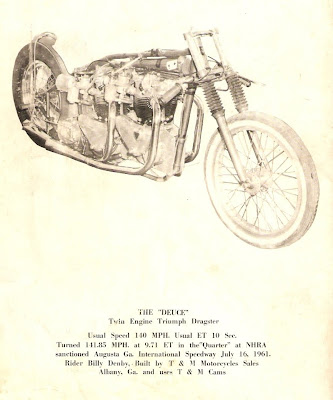 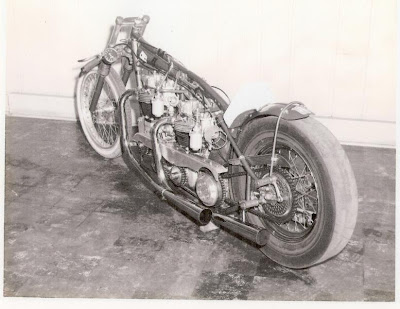 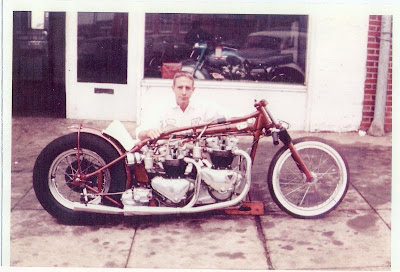 What a beauty "The Deuce" is! A very tight and clean machine with show styling. The Inglewood 16" slick again and a little 18" white wall on the front, again just like my own drag bike from this period and from the Eastern United States. 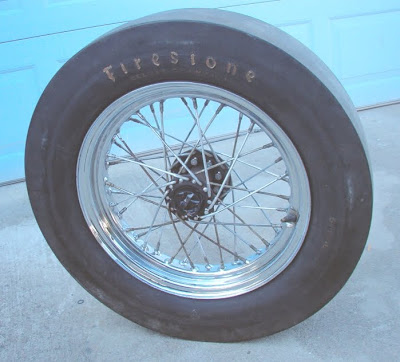