For 1962 Rich Richards apparently retired his old pre-unit 500cc land speed bike Lil' Pam in favor of a new unit construction T100S/S. This model was not mentioned in either of the magazine articles I posted. I believe it was the hot street 5oo with low pipes. The rigid rear hardtail frame looks to be a one off fabrication and its narrow lines go real nice with the Triumph Cub gas tank. It also features a home brewed alloy oil tank and big ole GP carbs with a Tach drive timing cover. With the tall brakeless front wheel it looks to be the father of current Triumph bobber style. His son Gary now doing the riding. 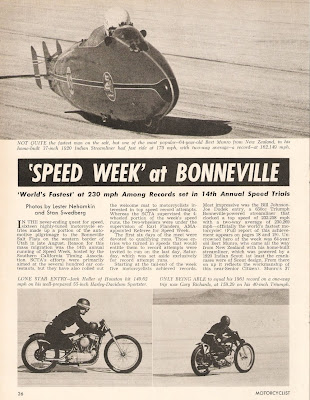 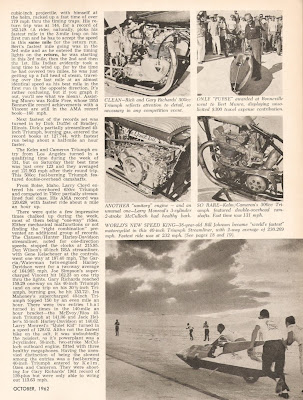 Burt Monroe getting on it and holding the purse as shown in the movie "The Worlds Fastest Indian". The Richards Triumph 650, which was probably Pam Too, makes some impressive runs but doesn't crack the record barrier this year. Almost 160 MPH for a unstreamlined factory rigid frame pre-unit is pretty insane though. The overhead cam Triumph pre-unit alloy 500 is really wild and at 131 MPH not too shabby of a performer. 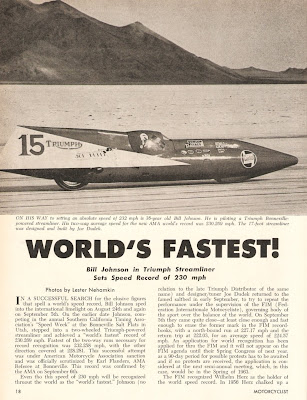 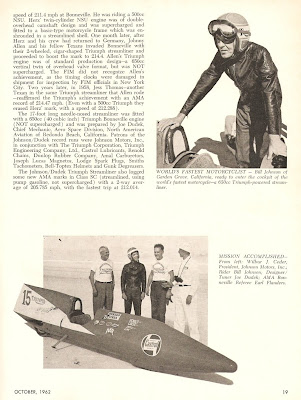 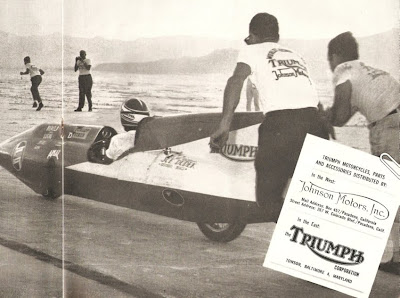 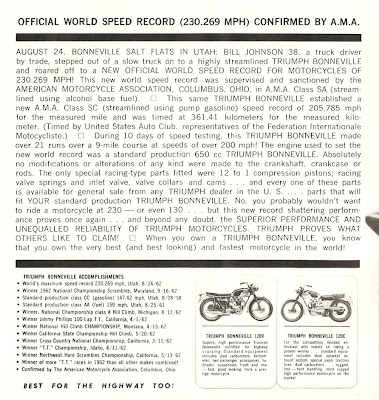 Joe Dudek and California crew take the ultimate speed record from Texans Stormy Mangham and Jack Wilson. There were other streamliners at Bonneville this year, including a Harley, but they couldn't catch Dudeck's new worlds fastest. 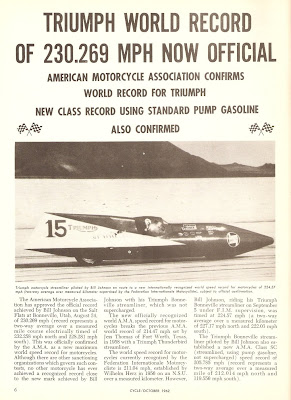 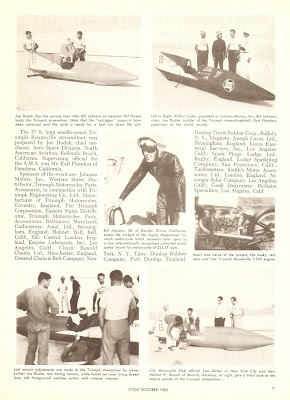 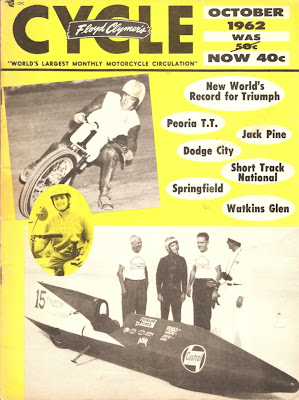 The Cycle article and pictures not as good as the Motorcyclist story, but they did put the liner on the cover.
Posted by Show and Go Cycle Shop at 8:21 AM