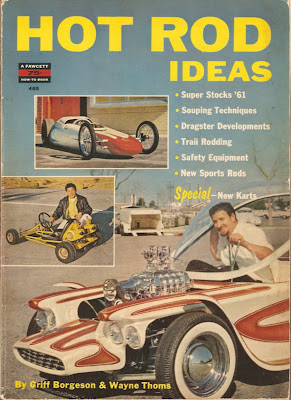 From 1961 we have this cool little 145 page How-To Book by Fawcett covering many aspects of American Hot Rodding including Dragsters, Super Stocks, Road Racing, Dune Buggies, Go Carts, Thee Large Father Ed Roth and a couple really cool stories on Cycles. The first is this report from Texas on Stormy Manghams work with two wheeled streamliners. 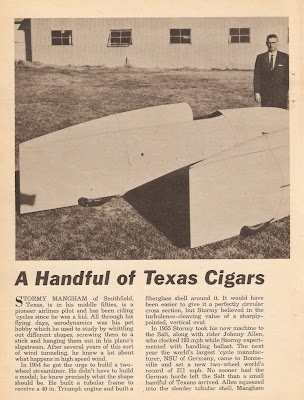 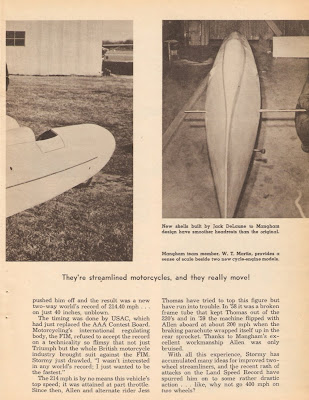 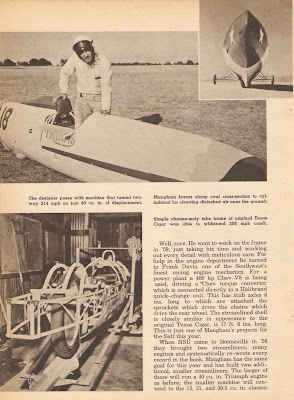 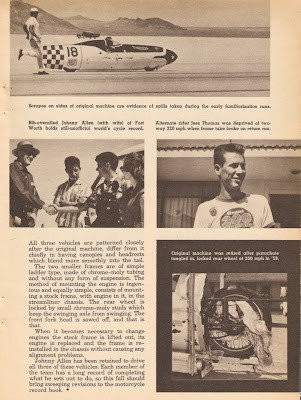 Gearing up for more Triumph powered speed runs with two new streamliners for a total of three Mangham built Texas Cigars and another build in progress of a 400 HP Chevy V8 liner. I don't remember seeing of any of these running after 1958. We'll see what the magazine pile turns up in future issues. The only surviving streamliner was burnt up in the British Motorcycle Museum fire some years ago, but a very accurate recreation has been built by Texans close to the original sources and is on display again in the UK. Clik here for part of that story.
Posted by Show and Go Cycle Shop at 1:03 PM