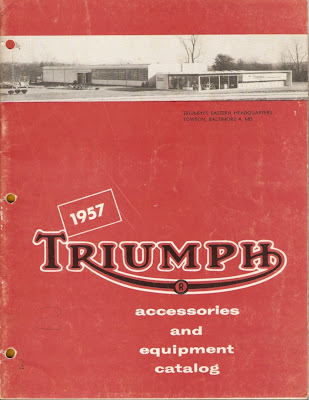 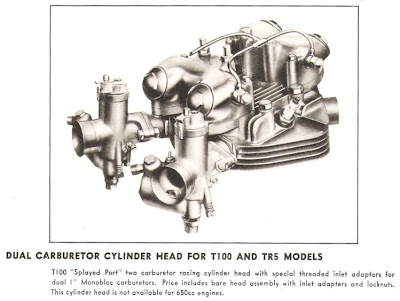 New for 1957, the Splayed Port two carburetor cylinder head that became standard on the Bonnevile in 1959. The Triumph T100RS was the only 1957 model equipped with this head but it was available as an option for other 500 models.
Not yet available for 650cc engines. 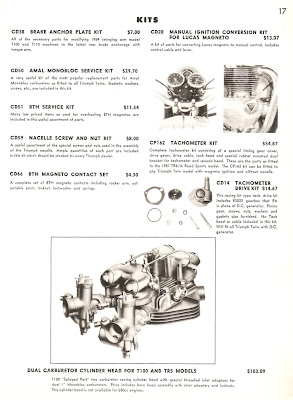 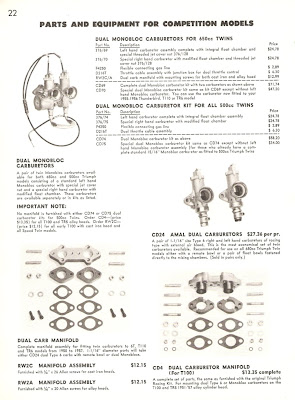 650 owners were still stuck with the old parrallel port dual carb manifold. Not a bad setup though. Borris Murray used these manifolds with Chantland big bore cylinders on his dual engine drag bike through the 1960's up until the early 70's on what was one of the fastest motorcycles in the world. 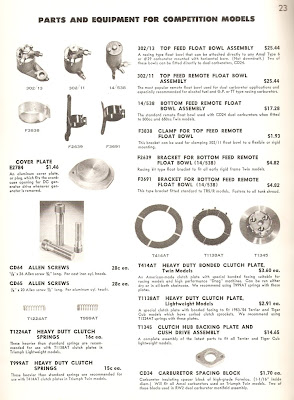 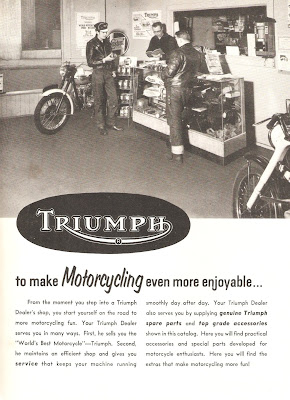