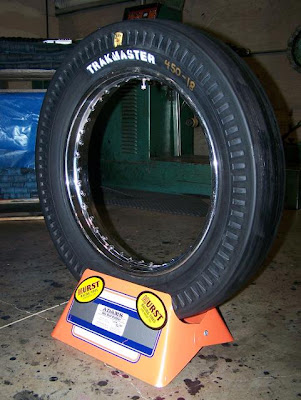 Hurst Racing Tires has some vintage style drag slicks in the works that are due to come out late this summer. Thanks for the tip from Chip Quinn, the page can be viewed HERE.

From a financial success standpoint the choice to make them in the 19" rim size appears to be a poor one. I'm assuming it's a matter of the tooling they have. Obviously a 18" slick would have a much larger customer base. As far as the cool factor goes I love the fact that they are doing these in the 19" size. Some of the original Cadet retread drag slicks from the early 1960's were in the 19" size that was much more common at that time as used on various British makes. The pie crust sidewall design is super cool too and I do believe there was a period motorcycle drag slick at some point with that type of sidewall, but I do not have any proof at this point. I remember seeing them though many years ago. The value of old 19" Triumph rear rims is about to go up!

A sample of Cadet retreaded slicks circa 1962. 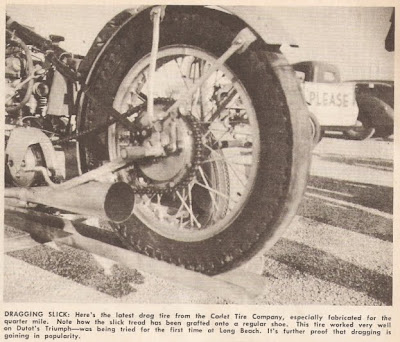 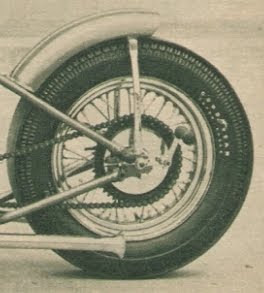