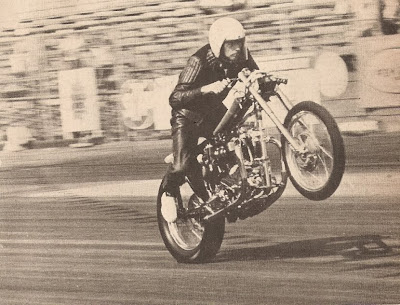 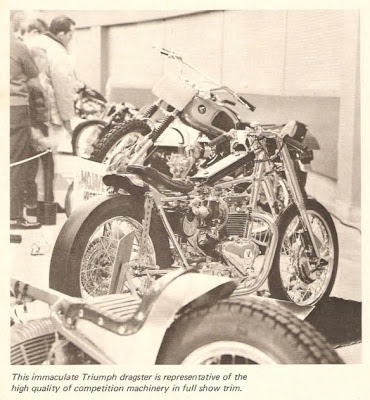 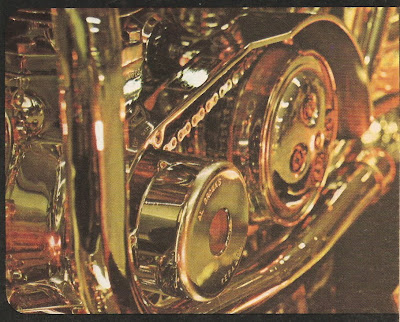 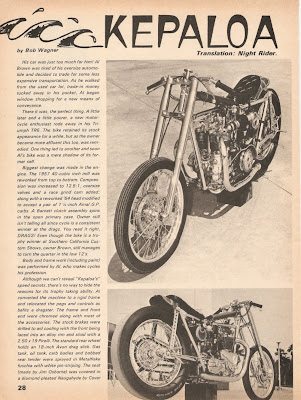 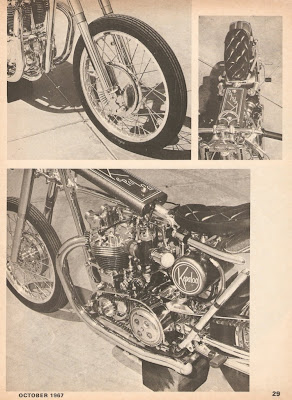 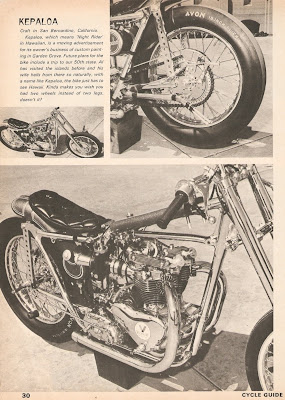 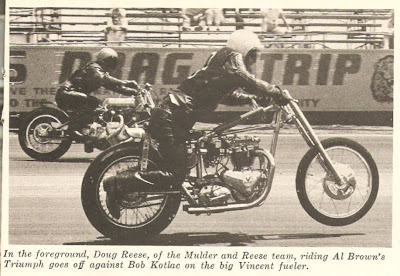 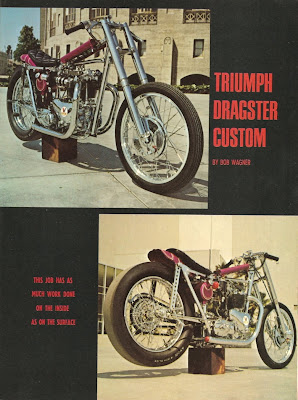 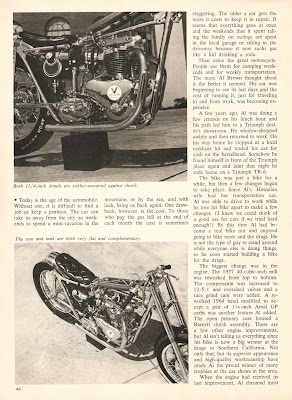 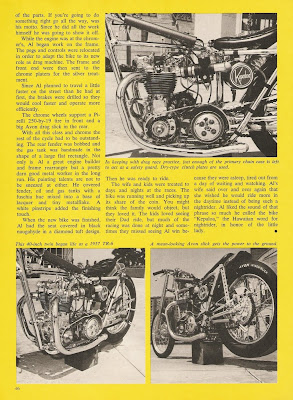 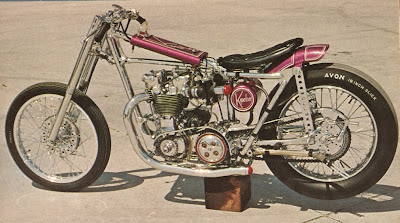 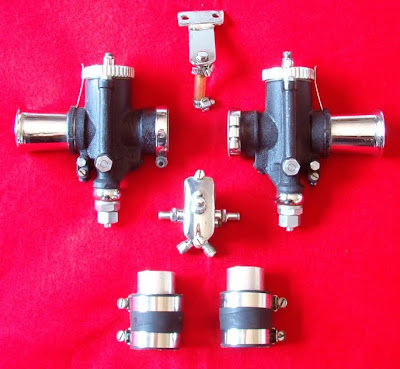 Thee actual Amal GP carb set up from Kepaloa that I used to own. During a rough patch a couple years ago I sold it all to a guy in Europe. I really regret that one now. Sometime around 2002 I bought a chromed pre-unit Triumph timing cover with tach drive and crank seal modification through a auction on ebay. When it came to my house there was a note written on the box stating that the guy had more Triumph parts for sale with a phone number and the name on the return address was Al Brown. I had the two magazines with the big Kepaloa features sitting on the desk already as this little swingarm drag bike had been possessing my daydreams for the past couple years. I did a double check on the name and made the phone call immediately. Sure enough it was Al Brown the builder of Kepaloa. I tried my best to convey my admiration for his work and got to talking bikes with him. He told me that Kepaloa had been parted out years ago and he didn't know where the parts were. All he had left was the cylinder head and carburetor set. He said that his house had just recently burned down and his spirits were low so we didn't talk for too long. He said he wanted $500 for the head and carbs and I told him I'd take 'em. He was supposed to give me a call back on other stuff he was letting go of. I didn't hear from him for a couple weeks so I gave him another call and got his second wife on the phone. He had hung himself within a few days after I talked to him. Bummer. I tried working with the family over the phone as they wanted to cash in all his Triumph stuff, but I didn't have the bucks to travel out there and do it right. Al had built an insane double engine drag bike in his later years that he recently restored that was part of the bargain. I threw a low ball offer their way for it that they didn't go for. A few years later I met a guy at the San Jose Clubman's swap meet that had gone back east and bought the lot of parts and the double for $15,000. 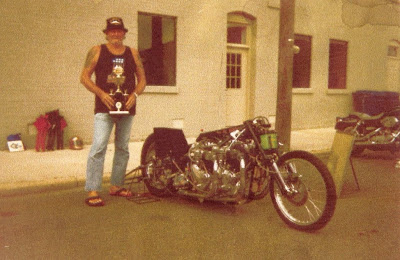 The only pic I have of his double. Never heard of it before they sent me this picture taken in 2001. In lost emails I received from them at the time there were big pictures on his wall of Kepaloa before he turned it into a full on dragster. It had the same show finish except a peanut tank and some street gear. From what I could see it was beautiful. Al Brown R.I.P.
Posted by Show and Go Cycle Shop at 9:21 AM