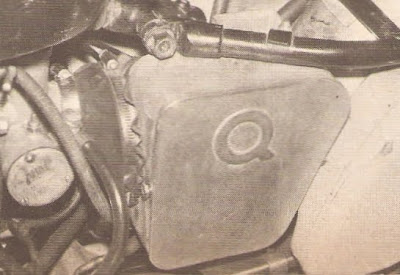 I believe they were originally made in New Mexico, if anyone has a catalog listing, magazine ad or any further info please contact me: kustomhut13@yahoo.com Old sled components like this stuff and anything related WANTED! 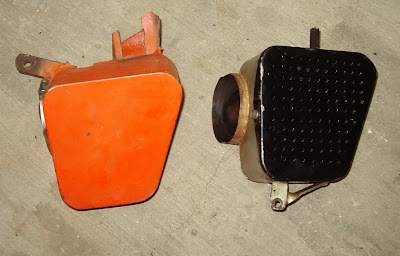 Same manufacturer, some had the Q stamping some did not. These two are the only examples I've been able to find in over a year of searching. 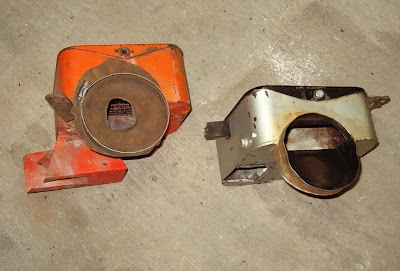 Here you can see the original method of attaching to carburetor. Good old suede leather. Rubber sheet from a old inner tube or similar was another method used. 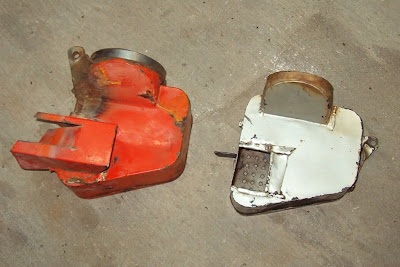 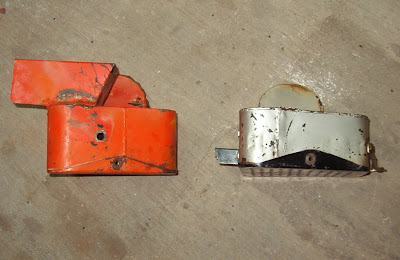 Although they may appear a little crude the quality is very nice. The covers have a perfect fit that is dirt proof and water resistant. 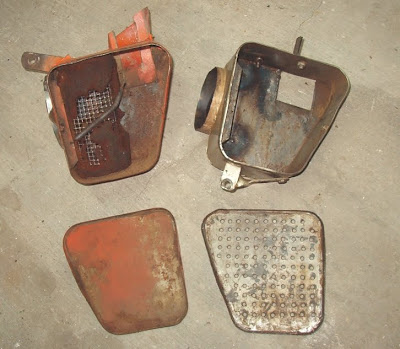 Both examples have the exact same filter mounting arrangement. There is a hole near the front and a wire hook to keep a fabricated filter element in place with single spring. Because the old filter foam is badly deteriorated you can see that the filter is shaped around a wire mesh. Not sure why the holes were drilled in the example on the right, but I have seen other cross country filters with the same design. 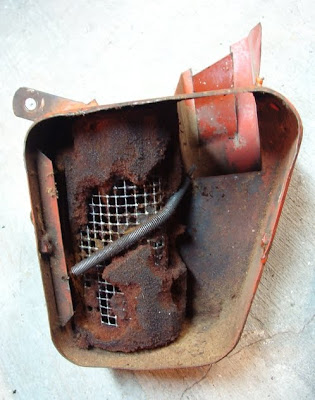 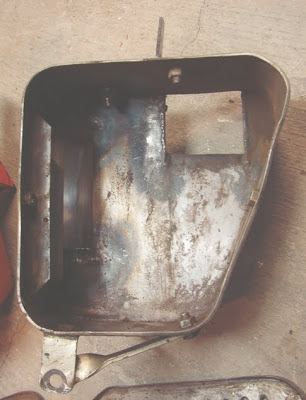 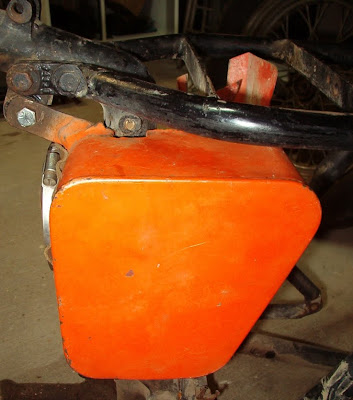 I plan on using this one for my 1961 TR6C Desert Sled. Here it is fitted to the duplex frame. It has a little relief area in back to clear the frame boss and the front mount (that may have been added later) lines right up with the sidecar attachment lug. 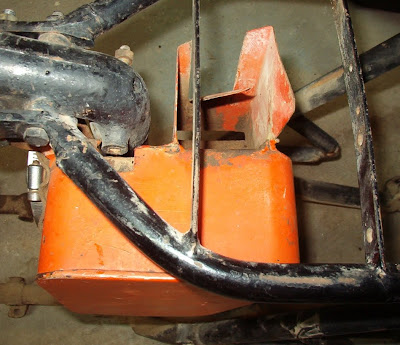 The cut part of the snorkel may have been done to the piece originally to deflect big stuff, and helps clear the cross strap on the seat loop part of the frame. 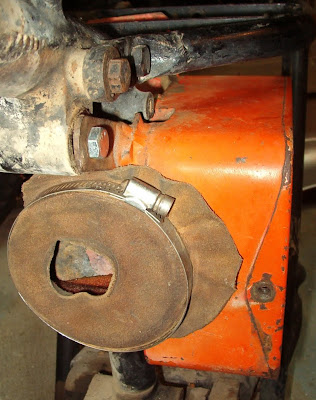 It looks like someone may have cut the part of the leather that attaches to the carb, but I won't know until I get it assembled and test fit. I love small bits of originality like this. 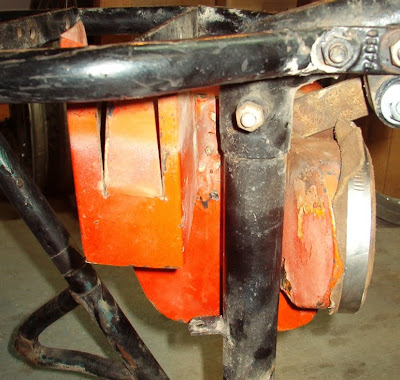 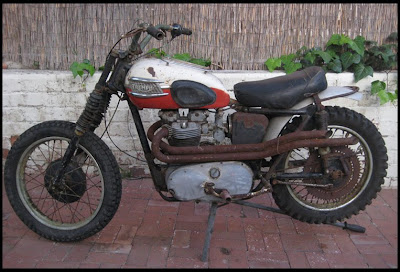 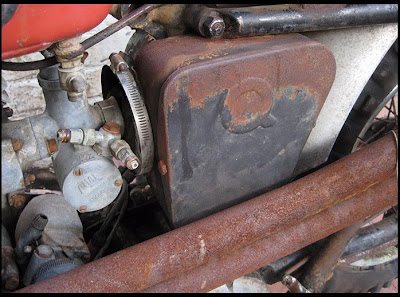 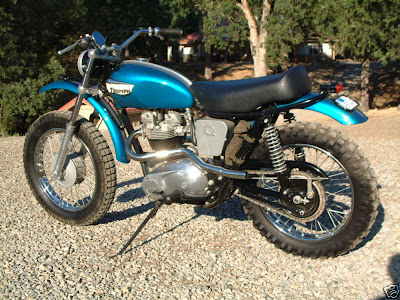 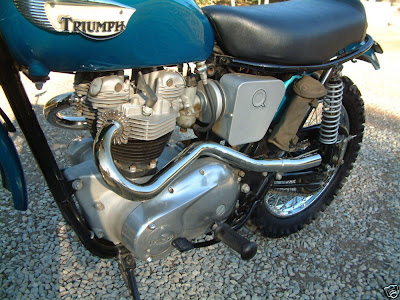 This nice example of a modern era built Cross Country bike has and original Q filter and what looks to be a stamped sheet metal intake manifold. Don't know if that is a original piece or one off. 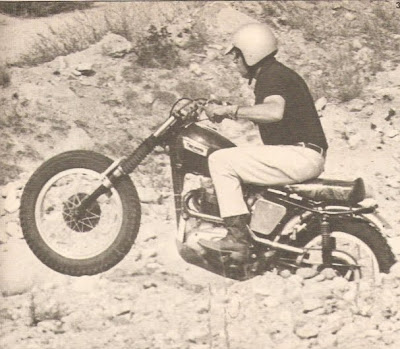 Here is Gene Smiths bike from the Travelers article. The Q Filter on his bike did not have the Q stamping. I exchanged a couple emails with Gene recently after he found the Show & Go site. He's still living in SoCal and still has this bike! 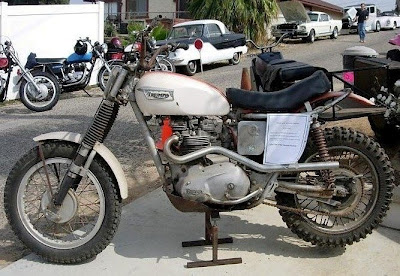 From an unknown bike show years ago this survivor is the real deal. By the length and details I'm betting that's a set of Travelers on the front. Same fork brace as the one on Gene's bike too.
Posted by Show and Go Cycle Shop at 11:25 AM