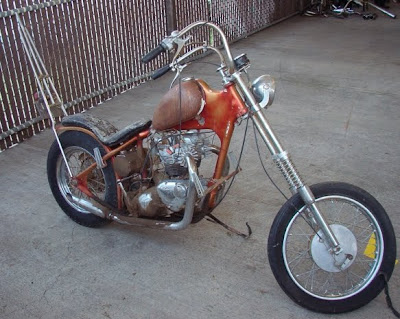 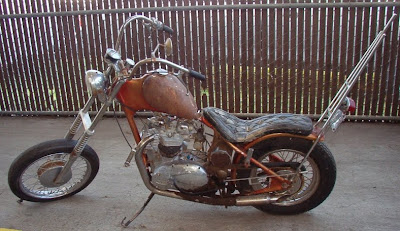 This gem had a asking price of $1,500. So many old survivor choppers like this have been discovered, sold and destroyed over the years, their remaining numbers must be few. Recently many have been turned into "bobbers". Many are restored to somewhat factory specs only to be chopped again. The vicious circle of a vintage motorcycle's life. Wouldn't it be nice if someone just did a mechanical resto and put her back on the road just like this? Or even better yet a faithfull restoration of the paint, chrome etc, to like it would have been when it was first chopped? Unfortunately for any wanna be chopper heroes it was bought by a well known vintage bike dealer (and all around good guy I might add/ not me!) for I'm guessing about $1,200. I didn't ask what he was going to do with it. At the very least the price is going to double, at worst it gets broken down and sold for parts. If only I could save them all. The poorboy's lament! 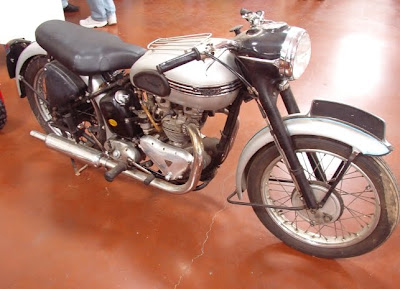 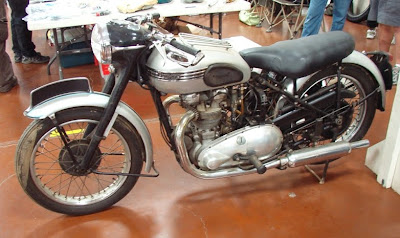 Seen any genuine UNRESTORED 1953 T100c's for sale lately? This one was actually already sold to Greg Hult and was just being delivered to him at the swap. He had been chasing it down since the 1980's so I can't be too spitefull about it. He did play a joke on the crowd for awhile with a for sale sticker that said $3,500 being crossed out with sold written next to it. People were flipping out as was I when I saw him roll the bike past my swap spot. The bike was unbelievably original and is in running condition and currently registered! Too cool. 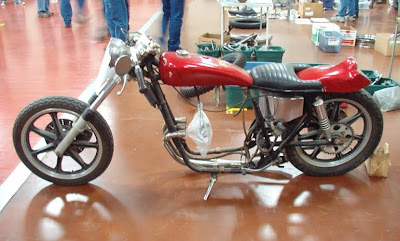 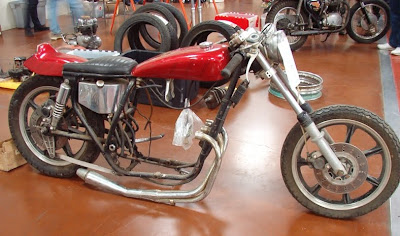 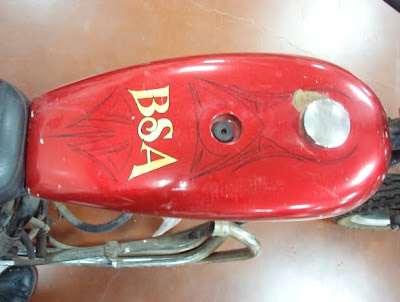 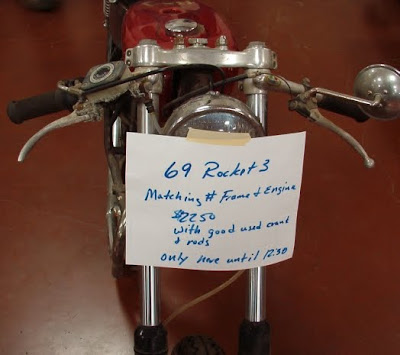 My last pick of neat-o bikes for sale is this early 1970's BSA Rocket Three Digger. Too bad someone took it apart and the price is too high considering the motor had been blown and was in boxes. Triples are not exactly easy to rebuild and most people are not hip enough to appreciate this style. Some years back this would have been a $500 special at most. Good for me it wasn't or I would have another project clogging up the garage!
Posted by Show and Go Cycle Shop at 10:24 AM