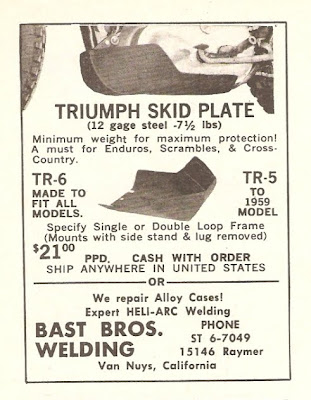 Well, after owning this "as used" piece of finely formed American steel for many months, I finally got around to squeezing under the 1961 TR6C to really get a good check of fitment. Thinking everything was fine since it was sold to me as a duplex frame part imagine my surprise when I found that it's not right, and that it is actually the pre-59 version for the earlier pre-unit swing are frames as described in the Bast Bros. ad above. 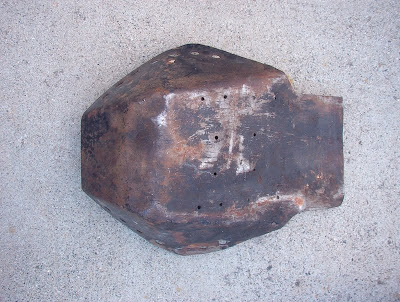 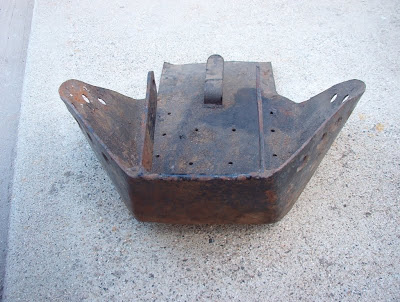 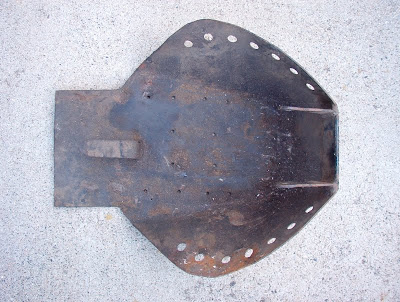 So I'm back in the market for an original aftermarket skid plate made specifically for the double loop pre-unit frames. Realizing that I may not find one I will settle for the original factory skid plate. I will trade straight across for this plate here or may also part with one of my Q air filters or even a nifty original Bates leather Srambles seat that I have as an extra now that I scored, 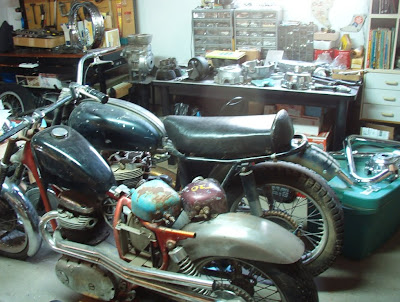 this sweet Cross-Country number that fits the TR6C like a glove! These came with a C shaped bracket at the back with some P clamps to the frame that I would like to find if anyone has some.
Posted by Show and Go Cycle Shop at 9:10 AM