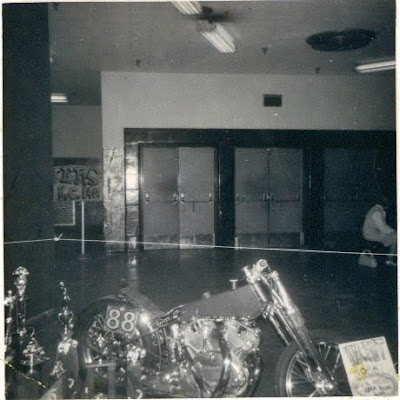 Way back when Dave Kirkland first sent me those original 1960's pics from his Dad's collection of old Triumph's included in his email there was this B&W pic of a Vincent Drag / Show bike that I did not include in the original Kirkland POST. 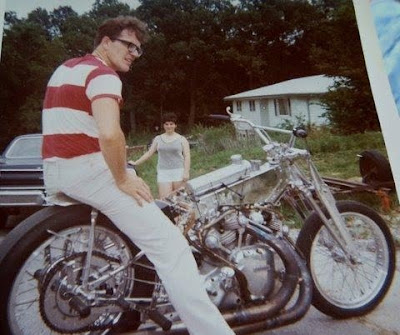 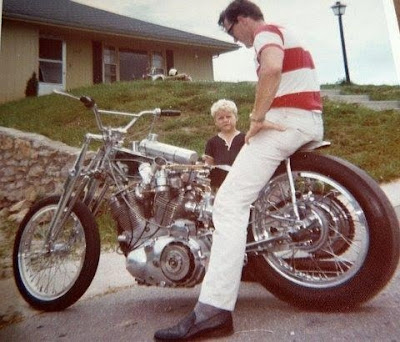 Dave sent me these pics recently with the backround story:

"Richard Slavens was the owner and my dad, Ernie Kirkland, made the intake manifolds and what used to be the gas tank on top of the oil tank. In '62 or '63, the two of them went to Marysville, OH and purchased the extremely rare road race heads from Harry Bellville and also bought a complete Lightening lower end which I would assume is still in this bike.

Richard sold the bike to a guy in Las Vegas. The guy in Vegas had called and said he wanted to buy the bike, "but I'm getting my leg amputated tomorrow, I'll call you after it's done." He called back the day after the amputation and said, "I want to buy your bike," so Richard sold it to him.

I have no idea, what year he sold it. The pictures that I got off of Facebook that I just sent, came from Richard's nephew who said, that these were the only pictures that his uncle Dick had left of the bike."

The updated story as of May 28th.

"I spoke with Justin on the phone yesterday about the Vincent. He is very interested in the original history of the bike and is actually in the process of putting the bike back together like it was originally and running it a Bonneville this year."
Dave Kirkland 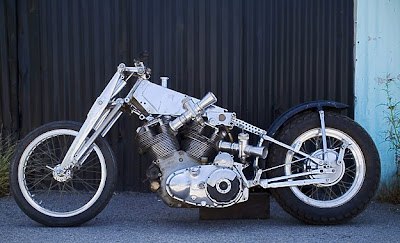 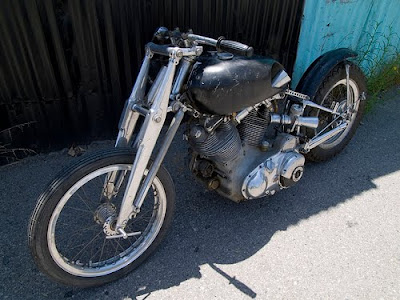 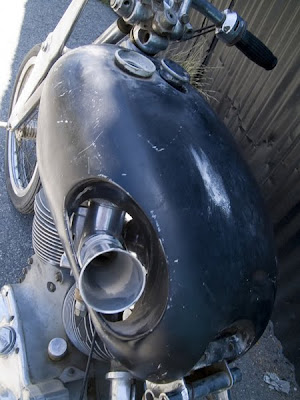 Gotta say I love the road racer gas tank. The tank relief is the coolest!