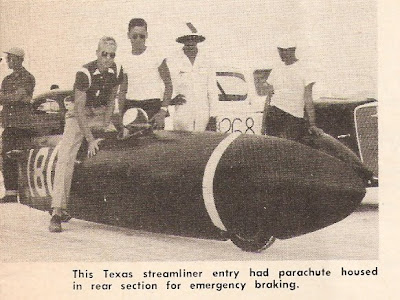 In 1954 this little Texas streamliner was first brought to Bonneville for testing. The speeds were not impressive and the parachute seems to be the main point of interest. It was yet to be named and was outperformed by Rich Richards and his unfaired Triumph 650 Fuel burner. The important thing is that it didn't crash and the tuning process had begun. 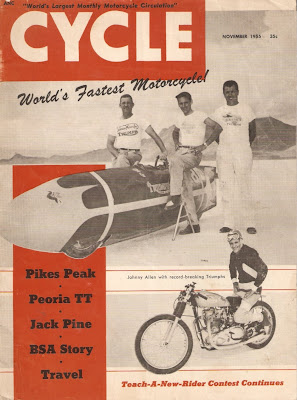 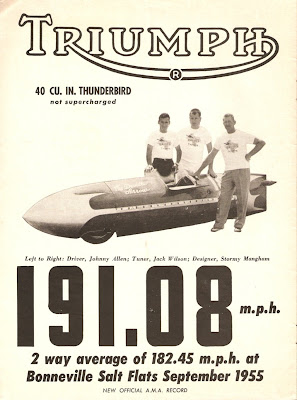 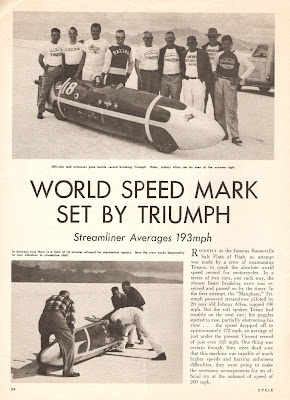 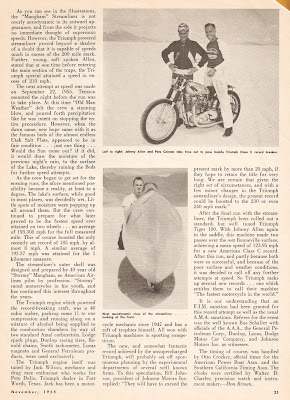 Now we're cooking! With a new paint job the streamliner starts to show its potential in 1955. Further tuning promising even higher speeds. 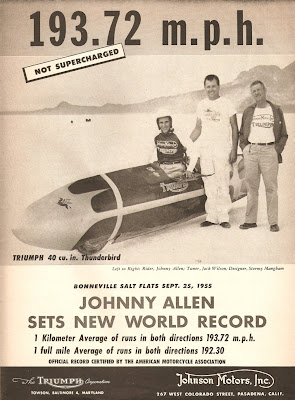 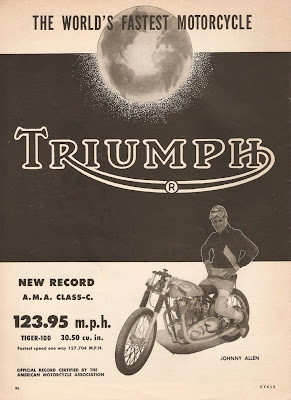 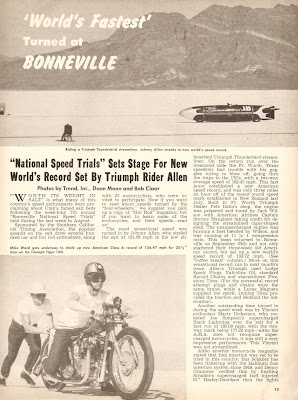 The Texas team took the spotlight, but Mike Ward grabbed a new record of 136.47 MPH on his fuel burning Triumph T100. I love this picture with the eight ball painted on his helmet and gas tank and with the tinted goggles he looks like he's blasting off into a atom bomb test site. This bike is running a Mustang gas tank, a race kit tach and MCM valve covers. Also worthy of mention was Rich Richards run of 151.51 MPH on his Triumph Thunderbird Fuel bike. 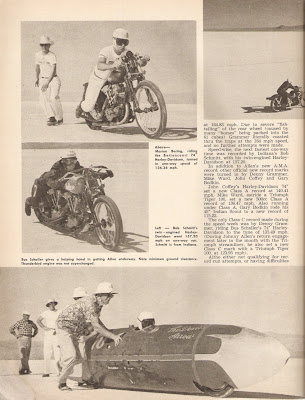 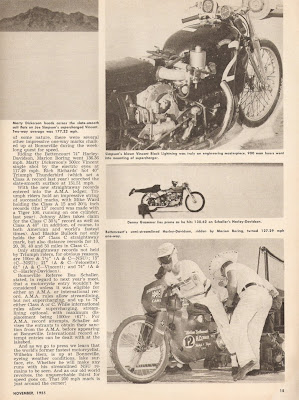 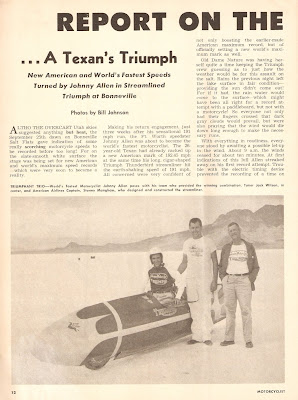 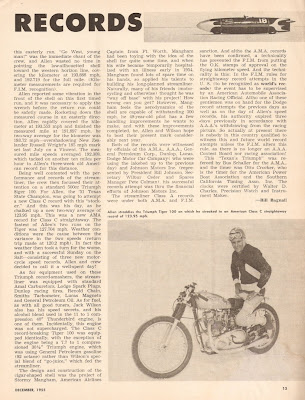 Nowhere in these articles do I see the streamliner called by its name of "The Devil's Arrow". It is referred to as "The Mangham Streamliner" and it's later permanent name of "The Texas Cigar". In the end the F.I.M. did not recognise these runs as a new world record, setting the stage for a comeback of the Jack Wilson tuned Arrow to prove without a doubt to the international motorcyclist community that the Texas boys had the fastest motorcycle in the world. 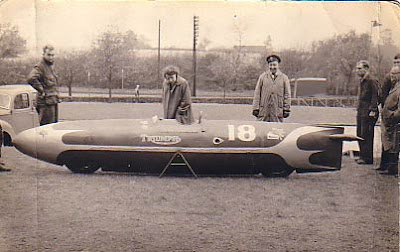 I believe this is a picture of the Devil's Arrow on tour in England?