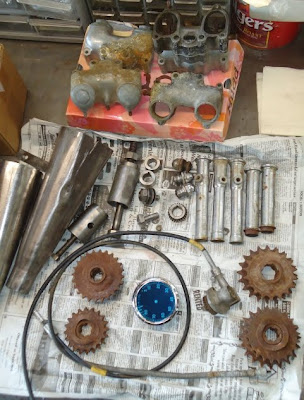 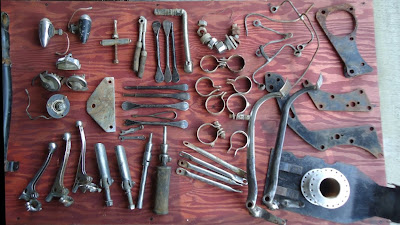 I don't get as many parts offers as you might think from this blog, but there have been a few that have made all the effort worthwhile. I received an email recently from Rick Rios, son of Dick Rios of "Two Timer" fame and after some back and forth questions I worked out a deal with Dick to buy all the spare parts he had been holding onto since the early 1960's. I got to talk to Dick for a short time after getting the parts and he told me that after he started running nitro things tended to let go so he started buying up pre-unit basket cases when he could find them for dragbike parts. I'm hoping to get to talk to him again soon. Besides what's pictured here there were some timing covers and gearbox covers that were a little crusty like the rocker covers pictured, and it is all 1950's-60's era Triumph pre-unit stuff. I am going to be letting go of some of my parts stash in the next few weeks on ebay including a few pieces from this collection. Keep Track of the Sales HERE. 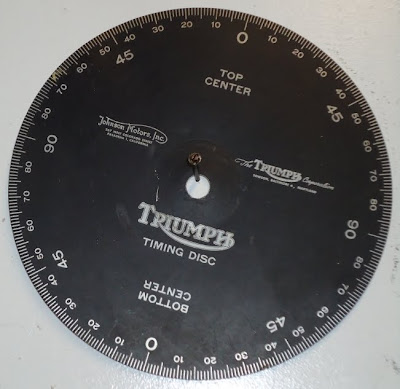 Thee actual timing disc used on the One and Two Timer. 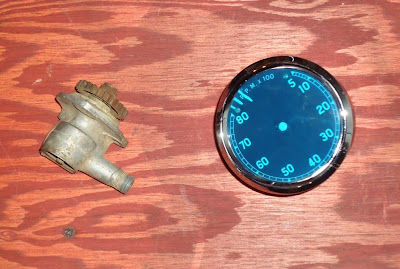 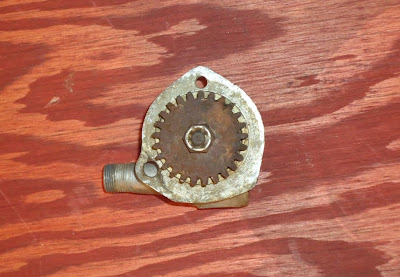 Contrary to some opinions the gear on these drives is not the same as a generator gear. The correct gears are actually the hardest part to find and a drive without the gear is simply spare parts. 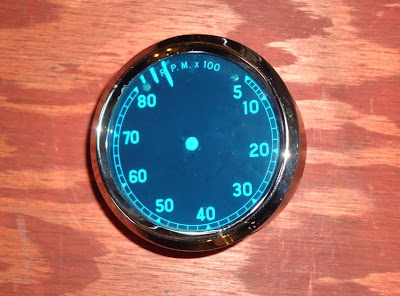 I love the custom blue glass and hand painted lines above 8 thou. 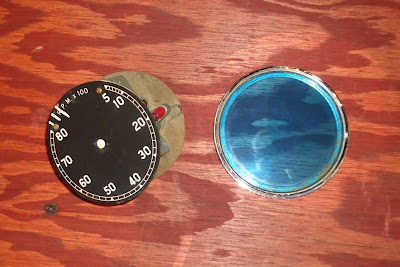 No maker markings or part numbers on the face, but obviously a Smiths Chronometric. If anyone has any info please comment. I'm hoping to get a chance to ask Dick about it in the future. 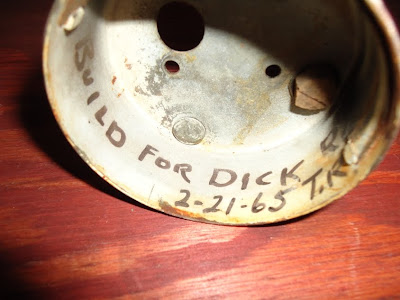 On the inside we see that it was built for Dick in 1965. Keeper. 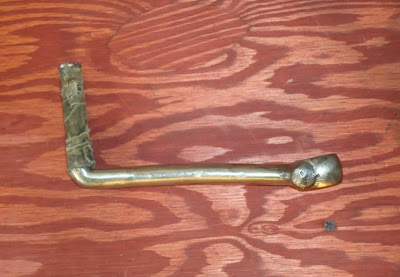 Another keeper for my dragbike project. A slip on kicker to start engine and then remove, with original black cloth tape. 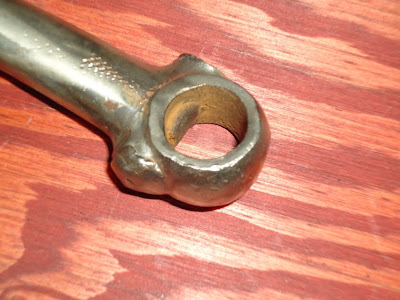