Steve sent me a email earlier this year. He was asking for some advice on building a show & go style kustom out of his 1966 TR6 Cafe Racer that someone had built years ago. I've never been able to buy a complete Triumph in any kind of good running condition and having always been stuck working with bent, broken, rusted parts and basket cases I have a natural aversion to breaking down good working motorcycles. My advice to him was don't F-with it! 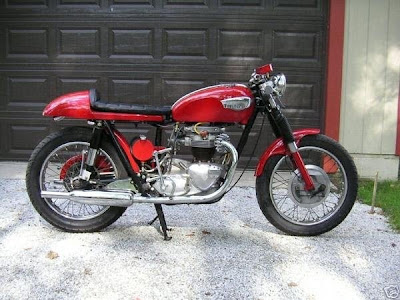 Well, if he had listened to me this wouldn't be much of a story would it? The story is that he didn't take my advice and tore into the Cafe Racer big time. The result speaks for itself. Anyone out there that is about to molest yet another surviving swingarm frame and use one of those peice of crap bolt on hardtails please DO take this advise. DON'T DO IT! Swingarm customs rule. 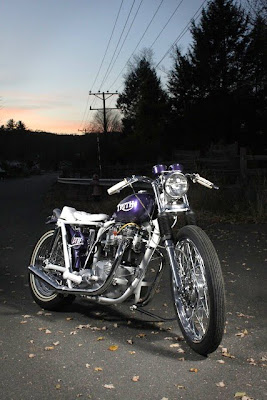 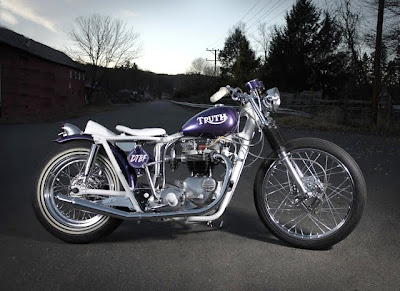 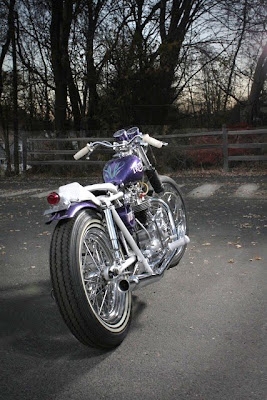 The majority of the work was done by Steves bud Harley Carrara while Steve was doing some touring with his punker band. Harley provided the details above and has a blog going with some neat stuff to check out HERE.
Posted by Show and Go Cycle Shop at 9:31 AM