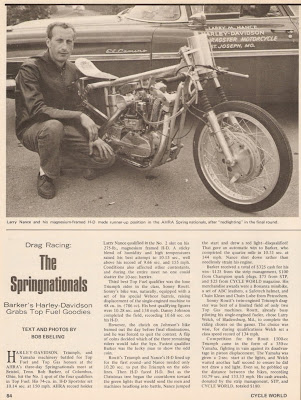 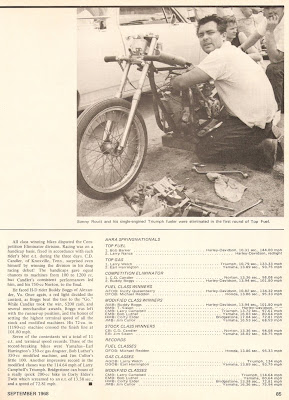 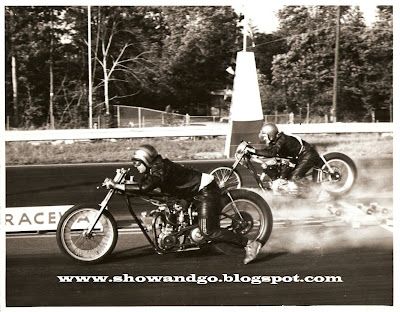 Personal photos of the same Routt bike from the Cycle World article, unknown location. This time it looks like the big Sportster is going to get shut down. 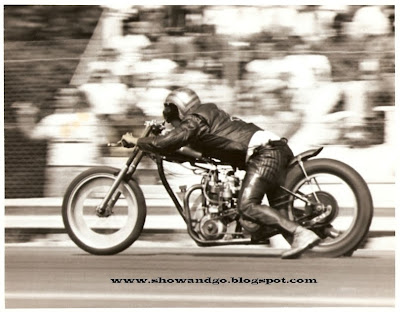 No smoke = good traction. Avon Drag Slick hooking up. Not the best looking Triumph dragbike design ever, but neat because it was still the original factory frame and it got the job done with mostly all Triumph parts including wheels, forks, etc. 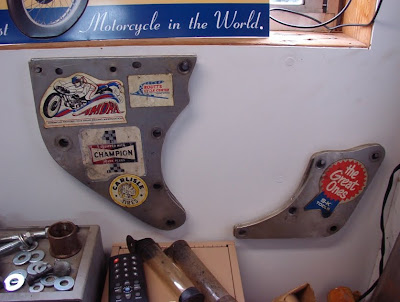 Sonny helped other drag bikers out with some of his innovations. Here is a set of Routt style engine plates from one of two drag bikes that K.C. Spillers had in the late 1960's early 70's that were almost identical to Routt's single engine dragbike pictured above.
Posted by Show and Go Cycle Shop at 9:10 AM